On Monday 5th March children from Nursery, Reception and Year 1 were invited to a dinosaur workshop in the hall. Here we met Chris from the Education Group and he showed us how long ago the dinosaurs lived just using a very, very long piece of string! We learnt how fossils were made, what the different types of dinosaurs were according to their food habits and we found out why they became extinct. We even learnt that the biggest dinosaur ever was an Argentinosaurus (which was as long as a football pitch) and the smallest was a Microraptor (and only the size of a chick!)

We then went fossil hunting and became investigative paleontologists. We discovered a T-rex egg, an Allosaurus skull, Pteradactyl poo, numerous claws and we all loved the Iguanadon footprint amongst many other fossils. Chris was very knowledgeable and he took plenty of time to answer all of our questions. The children had a fantastic time and it’s fair to say that they found the workshop dino-rific fun! 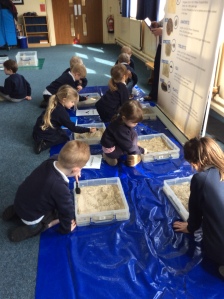 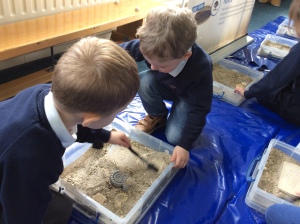 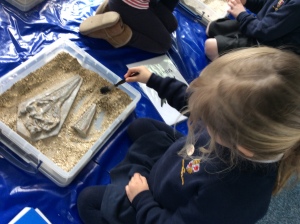 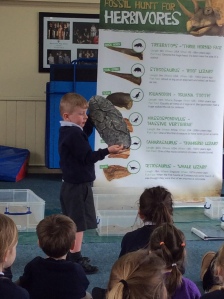